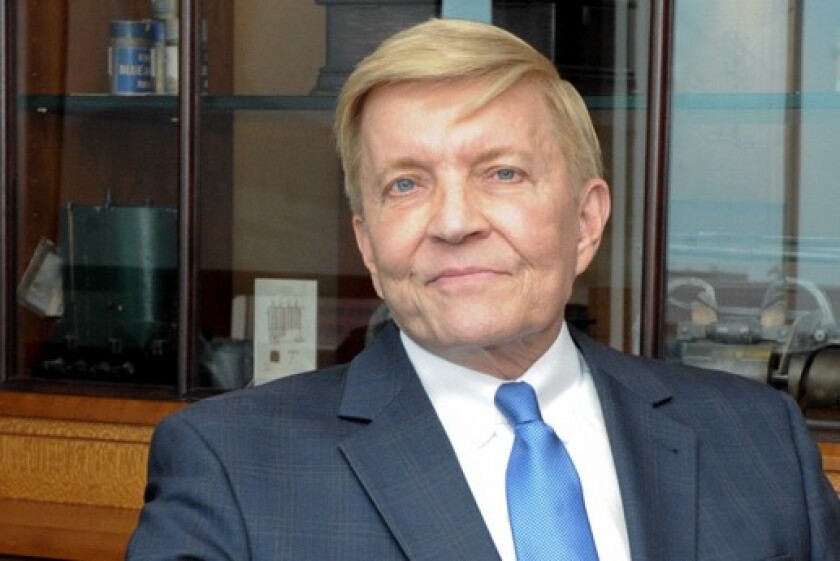 Harvey, Illinois, will exit water receivership oversight at the close of 2020 in a court-approved action the city says could help its pursuit of a debt restructuring.

The fiscally depressed suburb south of Chicago has been mired in litigation in recent years with bondholders, its public safety pension funds, the city of Chicago and the Securities and Exchange Commission.

A recent deal with bondholders who took Harvey to court over ongoing payment defaults laid the groundwork for a debt restructuring in 2021 that the city is banking on to give it breathing room to pursue economic development. Winning back control of its water operations marks another step that could help as the city devises the restructuring plan.

The water case dates to 2015 when Chicago took Harvey to court after it fell behind on payments for Chicago-treated water from Lake Michigan, which Harvey uses and distributes to other paying suburban clients. The two cities agreed to a consent decree in 2015, but Harvey violated it and the court stripped Harvey of control over its water operations in 2017. A group of Harvey bondholders who believe they have a claim to water funds intervened.

“The city believes the receiver went beyond the scope of its authority and some items could have been done in-house that would have cost less so it will now free up some funds — possibly a million dollars or plus per year — to go into water fund operations and it provides a clear path to paying off the debt to the city of Chicago,” said Harvey’s attorney Bob Fioretti, of Roth Fioretti LLC.

“It’s part of what we need to do in terms of the restructuring of debts,” he said.

“The receivership has run its course and all parties agree the time has come for it to be terminated,” Cook County Circuit Court Judge Anna M. Loftus wrote in a Dec. 18th order discharging the receiver effective Dec. 31 at 11:59 p.m.

Harvey won back some autonomy in late 2019 and has spent 2020 seeking to fully shed the oversight arguing the receiver is diverting an excessive amount of revenue and extracting high fees for its services. Chicago generally supported the move as did the receiver but the “devil is in the details” and it took time for the parties to agree to provisions, the court order said.

An interim 120-day order signed by the court requires the parties to abide by the original 2015 consent decree and beginning in 2021 Harvey must forward 70% of all cash receipts from its waterworks system.

Payments from Harvey’s major customers will go directly into a special account managed by Amalgamated Bank. If those payments fall short of the 70%, Harvey must transfer an amount to reach 70%. Harvey must also notify Chicago if it’s in jeopardy of falling short of the 70% payment should it lose any customers or customers fall into the arrears. Any surplus revenue in the special account would go to cover the $244,000 monthly payment Harvey is supposed to make to cover overdue bills under a prior court judgment won by Chicago.

A court hearing is set for April 8 during which Chicago’s request to reinstate judgment liens would be considered as will bondholder efforts to compel payments from water revenues.

Holders of the city’s 2007 bonds argue they are entitled to a portion of water rents and rates because about $5 million of the issue financed water system improvements. They also intervened in the water case in 2018 to prevent the receiver from siphoning off to the water fund any general funds the bondholders believe should go to repay their holdings.

Fioretti said the city is making progress on putting together a restructuring although he said structural details and whether the city would go with a private placement or attempt a public offering were not yet decided. Market participants have said given the city’s history of defaults and fiscal distress a public offering faces a tough road.

The goal is to wrap other debts into the financing in addition to the 2007 bonds subject to the consent decree. That would include the overdue water payments owed to Chicago and defaulted debt service payments owed to 2002 bondholders.

The city hopes to complete the restructuring in the third quarter of 2021. The city in October hired Meristem Advisors LLC to devise the plan. The consent decree struck with bondholders in June gives the city two years to complete a restructuring with holders having a say in the process.

Under the agreement approved by a Cook County Circuit Court judge, the city gets to keep 90% of pledged tax revenues and bondholders will receive 10%. The pact runs to June 2, 2022 as long as the city honors terms of the agreement that call for it to continue negotiations and move towards a debt restructuring.

The dwindling tax base of the impoverished south Chicago suburb can’t support its pension liabilities and bond debts. At the time of the pact, the city owed $4.5 million in defaulted debt service that was due in December 2018, June and December 2019 and June 2020 on a $31 million 2007 issue.

The lawsuit dates to 2018, when investors who hold $16.9 million of the bonds filed suit against the city and various Cook County officials whose offices manage ad valorem tax collections and distribution seeking to enforce a tax diversion provision built into the bond indenture.

“It’s the mayor’s vision to get Harvey on good financial footing” and a restructuring is needed to bide time for economic investment which has been set back by the COVID-19 pandemic, Fioretti said.

Christopher Clark took office in 2019 inheriting the city’s fiscal woes, some due to its own depressed tax base with many of its 25,000 residents living below federal poverty levels, population and job losses and others of its own making due to fiscal mismanagement.

In 2014 the city drew Securities and Exchange Commission sanctions. In a first, SEC investigators won court approval to block an impending bond sale and alleged Harvey had diverted about $1.7 million over the course of 2008, 2009 and 2010 from offerings that were supposed to finance a hotel and conference center. The unfinished project was abandoned.

The SEC accused Harvey and the former comptroller Joseph Letke of engaging “in a scheme to divert bond proceeds for improper purposes, including undisclosed payments to Letke,” fraudulently misleading bond investors.

In the settlement, the city agreed, without admitting or denying the SEC’s allegations, to cease violating federal securities laws and to hire an independent consultant and audit firm.

The city is facing a January hearing in response to an SEC filing in October that accused Harvey of lax compliance with management reforms required under the 2014 consent judgment that settled charges. The SEC is asking the U.S. District Court for the Northern District of Illinois Eastern Division to order the city to implement recommendations laid out by an independent consultant aimed at strengthening the “city’s weak and ineffective system of internal controls.”

Fioretti sent a letter to SEC last June saying “the great majority of formerly open items” from the consultants’ report “have been remediated” and that the pandemic’s fiscal toll prevents it from rehiring the consultant.

In 2018, Harvey settled a dispute with its public safety pension funds that sought to garnish tax revenues to make up for overdue contributions.

After 8 years dumping billions of XRP, Jed McCaleb’s stack runs out in weeks
Top Wall Street analysts stand by these stocks as the first half of 2022 wraps up
State use of ARPA ‘revenue replacement’ provision raises concerns
Pending home sales post surprise increase in May, likely due to brief pullback in mortgage rates
Home price increases slowed in April for the first time in months, S&P Case-Shiller says