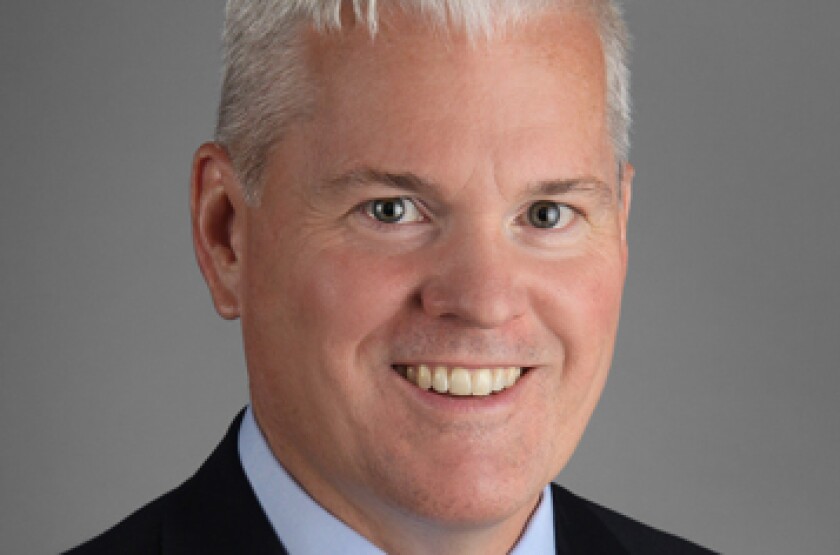 Municipal bonds were little changed Monday as the market opened the first day of the 2021 on a subdued note. Yields on top-rated munis were unchanged on AAA scales while muni to Treasury ratios remained low.

This week’s volume is estimated at $2.4 billion in a calendar composed of $1.6 billion of negotiated deals and $768 million of competitive sales.

Where do we go from here?
The muni market ended 2020 with an all-time issuance record, which saw $474 billion of new deals hit the screens last year.

“I never imagined we’d see municipal issuance climb as high as it has. But let’s be clear, the only reason we’re seeing higher volume this past year is due to a dramatic increase in taxable municipal debt,” said Robert Wimmel, head of municipal fixed income at BMO Capital Markets.

“Why the increase in taxable muni bonds? The 2017 Tax Cuts and Jobs Act prohibited the use of tax-exempt bonds for advance refunding deals. Fortunately for issuers and taxpayers, the current historically low interest rate environment makes it possible for issuers to sell taxable bonds to advance refund outstanding tax-exempt debt and still save on interest costs,” he said. “Good news for municipalities, not so good for investors losing older, higher-yielding bonds. We did see this trend start in the last few months of 2019 as longer-term interest rates fell by about 100 basis points from the beginning of that year, but the taxable refunding deals really took off with record-low yields in 2020.”

Looking ahead, he thinks that while 2021 will be a high issuance year, it will not be a record-breaker; that may be reserved for 2022.

For example, in 2016, total municipal issuance was about $450 billion.

“That can pave a lot of roads and build a lot of schools,” he said, but noted that in 2021 dollars, “you would need to issue about $485 billion to work as hard… So, we are naturally going to see issuance inflated as we move forward.”

Wimmel said if interest rates remain low in 2021, which most expect, taxable refunding deals should continue at a good clip.

He noted that new-money issuance was relatively flat in 2020 and he thinks issuers will remain cautious with new money issuance “until we fully recover from the pandemic, which is still years away.”

“If we see federal support for infrastructure in 2022 and if interest rates remain low, that could be another record year for muni issuance,” Wimmel said. “Pent-up issuance from pandemic-delayed projects could also start to see light in 2022.”

He sees a quiet start to 2021 with a slower-than-usual first quarter. He said first quarter slowness could be “unfortunate as we are expecting considerably more bonds to be maturing in Q1 2021 relative to Q1 2020.”

Demand with low supply could keep munis at the richer ratios that have been seen over the past several weeks.

“Many issuers likely accelerated deals due to record low interest rates as well as the uncertainties surrounding the November Presidential election,” pointing to the $70 billion the market digested October.

“I don’t think we’ll see a month like October until we see another passionately contested Presidential election — and honestly, I don’t want to go through that again anytime soon,” Wimmel said.

“We also saw a large number of taxable refunding deals pulled into October to find savings to offset some of the COVID-related expenses incurred by state and local issuers — over $22 billion of October issuance was taxable muni debt,” Wimmel said.

He added that while the need was great for infrastructure spending, he didn’t see it happening in 2021.

“I also don’t expect to see much progress on infrastructure in 2021 as there are too many other more pressing concerns and the level of coordination for infrastructure improvements between the various federal and state agencies with take many months to map out. So, I don’t expect infrastructure to drive muni volume in 2021,” Wimmel said.

“By now, everyone should be well aware of the dire state of infrastructure in the U.S. and the hundreds-of-billions of dollars needed to make necessary repairs and improvements. This can easily move the issuance needle higher quite dramatically,” he said. “I think President-elect Biden’s philosophy leans toward leveraging federal dollars to attract state and private funds; there’s no doubt that public-private partnerships will be a portion of rebuilding infrastructure in the states. It’s hard to estimate how much will come from municipal debt versus various forms of private equity.”

Rates will stay low
Monetary policy will need to remain “accommodative for quite a while,” since inflation won’t hit a 2% average for “a long time,” Federal Reserve Bank of Chicago President Charles Evans said in a virtual speech Monday.

“The bottom line is that it will take a long time for average inflation to reach 2%,” he said. “To meet our objectives and manage risks, the Fed’s policy stance will have to be accommodative for quite a while. Economic agents should be prepared for a period of very low interest rates and an expansion of our balance sheet as we work to achieve both our dual mandate objectives.”

With the Fed consistently undershooting its 2% target since it was set, “we can’t spend the next five years underrunning our target and just offer up explanations for why bringing inflation up to 2% is so hard,” Evans added. “Instead, we have to avoid such poor outcomes by using policy strategies that offset this downward bias.”

And the Fed did change its strategy last year. “To me, the biggest impetus for updating our monetary policy strategy came from an undeniable realization: The effective lower bound on the federal funds rate was not just an anomaly we stumbled into during the Great Financial Crisis, but a persistent threat to the achievement of our dual mandate goals.”

With the long-run equilibrium real fed funds rate lower than in the past, even an “average” shock could send rates to near zero, he warned.

The four-week moving average remained positive at $1.240 billion, after being in the green at $849.028 billion in the previous week.

Primary market
Most of this week’s large negotiated deals will be coming to market on Thursday.

RBC Capital Markets is set to price the City and County of Denver School District No. 1, Colo.’s (Aa1/AA+/AA+/) $450 million of general obligation refunding bonds on Thursday. The deal is backed by the Colorado State Intercept Program.

Wells Fargo Securities is ready to price the California Infrastructure and Economic Development Bank’s $271.5 million of Series 2021A, B and C refunding revenue bonds for the Los Angeles County Museum of Art project.

Bond Buyer indexes little changed
The weekly average yield to maturity of the Bond Buyer Municipal Bond Index, which is based on 40 long-term bond prices, was unchanged at 3.46% from the previous week.

Shelton re-nominated
President Trump re-nominated Judy Shelton for a seat on the Federal Reserve Board, since her nomination expired at the conclusion of the last Congress.

The controversial candidate was included in a list of 30 nominations made on Sunday, including others that had been previously nominated.

It is unlikely the Senate GOP leadership will be able to muster enough votes to put Shelton on the Board. Republican Sens. Mitt Romney and Susan Collins opposed the nomination in a November vote, plus Republicans will not have the tie-breaking vote the next four years with a Democrat in the White House.

In economic data, construction spending grew 0.9% in November, after an upwardly revised 1.6% gain in October, first reported as a 1.3% increase. The November change was in line with economists’ expectations.