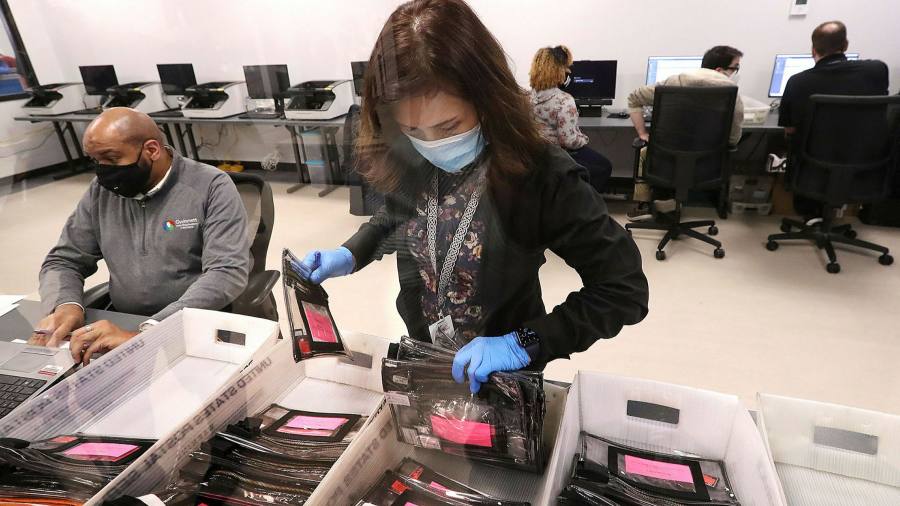 Two US Senate elections in the state of Georgia that will determine whether Democrats or Republicans control the upper chamber of Congress were too close to call hours after polls closed on Tuesday night.

The results of the two run-offs will prove pivotal for Joe Biden’s presidency: if Democrats win both contests, they will control the Senate along with the House of Representatives, giving Mr Biden more room for manoeuvre as he tries to implement his legislative agenda.

The polls, which were automatically triggered after none of the candidates earned more than 50 per cent of the vote in the November 3 general election, saw incumbent Republicans Kelly Loeffler and David Perdue challenged by Democrats Raphael Warnock and Jon Ossoff, respectively.

Mr Warnock held a lead of roughly 35,000 votes over Ms Loeffler with 97 percent of votes counted, while Mr Perdue was ahead of Mr Ossoff by about 460 votes; many of the uncounted ballots are set to come from urban areas that tend to favour Democrats.

If Republicans win either race, they will maintain control of the Senate and with it the power to obstruct Mr Biden’s legislative agenda. But if Democrats are victorious in both contests, they will control the Senate by the narrowest of margins, 50-50, with incoming US vice-president Kamala Harris casting the tiebreaking vote.

Democrats already control the House of Representatives, albeit with a diminished majority after the November election.

In a normal election cycle, without a president going psycho . . . the GOP would have significant advantages here. But that’s not the election we’re in

Mr Trump and Mr Biden both made last-minute visits to Georgia on Monday in an effort to motivate their supporters. Early voting figures suggested a strong performance for Democrats before polling day, but Republicans said they were confident that their supporters would turn up on Tuesday to cast their ballots in person.

Republicans were considered the favourites heading into Tuesday’s run-offs, given that the party has dominated the political landscape in Georgia for decades.

But Democrats found optimism in Mr Biden’s narrow victory in the state’s presidential contest in November. Mr Biden became the first Democrat to win Georgia in almost three decades, defeating Mr Trump in the state by a razor-thin margin of just under 12,000 votes of 5m votes cast.

“We do come in as slight underdogs, but the things that we needed to go right have largely gone right,” Sean McElwee of Democratic pollster Data for Progress said before the polls opened on Tuesday. “It will be a really close race.”

It remained unclear how the Senate run-offs were affected by Mr Trump’s repeated attempts to undermine the result of the state’s presidential election.

Although the US president has campaigned on behalf of Mr Perdue and Ms Loeffler, some strategists fear that his accusations that the voting system was rigged could have prompted Republican voters to stay at home. 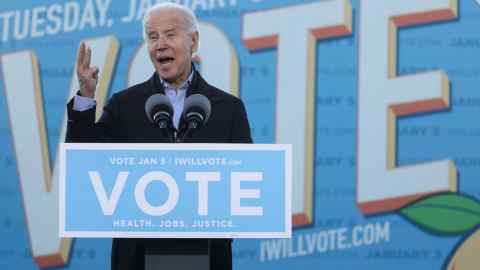 At Monday night’s rally, the president encouraged people to vote for the Republican candidates before spending more than an hour repeating his unsubstantiated claims of voter fraud.

“In a normal election cycle, without a president going psycho . . . I think the GOP would have significant advantages here. But that’s not the election we’re in,” said Bill Crane, a political analyst in Atlanta.

After the polls closed on Tuesday night, Mr Trump texted supporters: “Is it true that voting machines stopped working earlier in Georgia today? Are Dems trying to STEAL this election?”

US presidential election 2020: You tell us