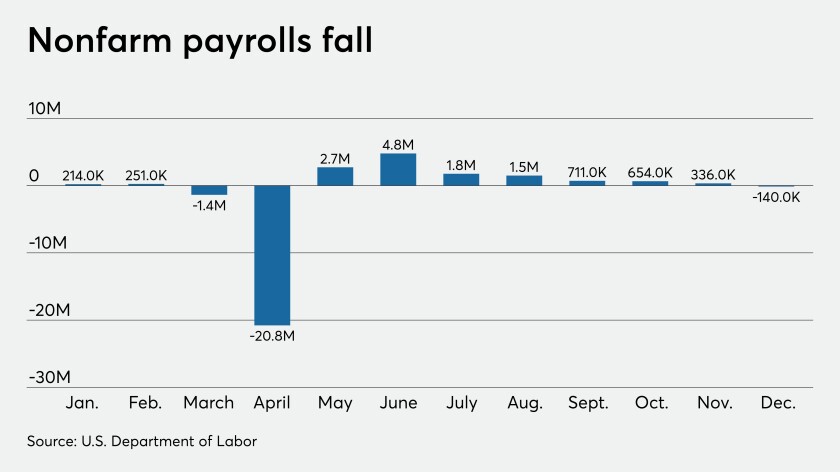 Municipal bond yields rose again Friday in sympathy with, though lagging, U.S. Treasuries as tax-exempts continue to be less tethered to their taxable counterparts.

Munis have only risen five to seven basis points since Treasuries began selling off on Monday. Triple-A curves saw yields rise one to three basis points but ratios remain low.

Treasuries rose 21 basis points since Monday to 1.12% in 10-years and 22 basis points in 30-years to 1.88%. USTs in just four days traded 50% or more of their entire range over the prior three months and municipals continue strong outperformance due to a dearth of supply, which is still relatively low.

The total potential volume for next week is estimated at $6.9 billion. There are $4.78 billion of municipal bond sales scheduled for negotiated sale next week and competitive sales are set for $2.09 billion. Large corporate CUSIP deals and taxable hospital and higher education deals make up a large portion of the calendar. Bellweather South Carolina is set to competitively sell $180 million of exempt general obligation bonds Wednesday, which could provide further direction for AAA curves.

In economic news, the employment report showed 140,000 decline in nonfarm payrolls in December, but economists saw some positives in the numbers.

“This is the clearest sign yet that tighter social distancing restrictions are weighing on the economy, with half a million jobs lost in the leisure and hospitality sector in December,” said Fitch Chief Economist Brian Coulton. “The more reassuring aspect of the report is that employment declines were very concentrated, with most industries outside leisure and hospitality seeing gains. It still looks like GDP expanded in Q4 2020.”

The number of jobs added in November was revised up to 336,000 from the initially reported 245,000. The unemployment rate held at 6.7% and the labor participation rate remained 61.5%.

The headline number “represents the weakest pace since April and more importantly, the sixth consecutive month of waning momentum in terms of the pace of hiring, emphasizing the continued negative impact that the second-round resurgence of COVID-19, as well as the subsequent policy measures aimed at stemming the spread of the virus, is having on workers and businesses — particularly small businesses struggling to keep their doors open and stay afloat amid reduced capacity or lingering restrictions, desperate to return to some semblance of normal,” said Stifel Chief Economist Lindsey Piegza.

“The market, however, seems acutely focused on politics, not economics, elated by the prospect of further government aid with incoming President Joe Biden suggesting the latest coronavirus aid package totaling near $1 trillion was just a ‘down payment’ for dealing with the pandemic,” she said.

Sameer Samana, senior global market strategist at Wells Fargo Investment Institute, noted the “weaker than expected” headline figure, but pointed to the upward revision by 135,000 to the payrolls numbers for November and October and wage growth as positives.

“Given the expectations of weakness, markets showed little reaction, but if the weakness lingers into the coming quarters it could pose a headwind to consumption and economic growth,” Samana said.

The job losses also reflect “the stimulus money from the first package during the spring months was fizzling out,” and new restrictions put in place in locations where the number of COVID-19 rose, said National Association of Realtors Chief Economist Lawrence Yun. “The economy will turn higher very soon due to the second stimulus package that was passed in late December, and a steady vaccine distribution.”

The economic outlook for this year has been brightened by the introduction of vaccines, which reduce the downside risk, Federal Reserve Board Vice Chair Richard Clarida said in a speech webcast Friday.

“[S]everal effective vaccines indicates to me that the prospects for the economy in 2021 and beyond have brightened and the downside risk to the outlook has diminished,” he said, according to prepared text released by the Fed. Pointing to the latest Summary of Economic Projections, he said, “While nearly all participants continued to judge that the level of uncertainty about the economic outlook remains elevated, fewer participants saw the balance of risks as weighted to the downside than in September.”

As for the recovery, Clarida said it “will take some time” to reach pre-pandemic employment and economic activity levels.

In addition, the potential for economic volatility could further impact the market, he noted.

“Given the outlook that fiscal spending is about to explode it will likely lead to a steeper yield curve in the near term,” Pietronico observed.

Credit is also being impacted by the overall strong market climate, Urbanowicz noted.

“Spreads on lower-rated credits such as Illinois, New Jersey, and the MTA continue to narrow due to these market technicals as well as expected additional government support,” he added. He said the strength was visible in one of the largest deals of the New Year when Thursday’s $350 million New Jersey EDA deal received over $9 billion in orders and was repriced 15 to 20 basis points lower in yield.

Jefferies LLC is set to price $250 million of Texas Veterans Land Board (Aaa///) variable rate demand bonds with terms in 2051 on Tuesday.

Stifel, Nicolaus & Company, Inc. is set to price $171.6 million of taxable and tax-exempt refunding bonds for the City of Yuma, Arizona (/AA-/AA-/).

BofA Securities is set to price $147 million of taxable pension obligation bonds for the City of El Cajon, Texas (/AA//) on Wednesday.

Climate change, hurricanes, and their toll on municipal credit
Puerto Rico Oversight Board imposes FY23 budget
How They Closed It: Selling The Rich History Of A Landmark Australia Estate
Summer temperatures — and inflation — are running hot. Here’s how to save money on cooling bills as prices rise
New stadium for Tennessee Titans would provide benefits for Nashville