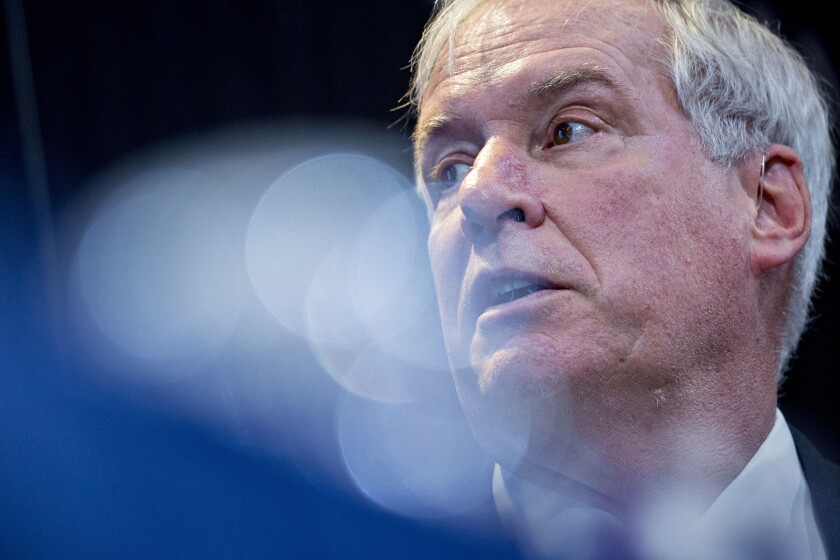 “It’s a big package, but I think it’s appropriate,” Rosengren said Friday in a CNBC interview. “The economy is in a lull right now, we’ve had a series of pretty weak data.”

Rosengren cited December’s 140,000 drop in U.S. payrolls, and noted those losses being concentrated in restaurants, bars, recreation, and other sectors hit hard by the pandemic.

“We need to do more to support the economy,” and expansionary fiscal policy will be needed until the U.S. sees widespread vaccination and many of the unemployed can get back to work, said Rosengren, who doesn’t vote on monetary policy this year.

The current mix of fiscal and monetary policy is appropriate, and it’s a great time for fiscal support as interest rates are near zero, he added. Rosengren repeated remarks in speeches earlier this week that the economy should see a pickup in the second half of the year if vaccinations are widespread, though there will likely be weakness in the first quarter.

The Boston Fed chief also said he hasn’t spoken with the incoming Biden team about restarting the Main Street Lending Program, which was run by his district, and that doing so may not be warranted as the economy keeps improving.

“We did talk about how the Main Street program was structured, but it was not talking about what we would do, but more about what we had done,” he said. “The fact that fiscal policy is targeting a lot more funds to small- and medium-sized businesses, the willingness of the federal government to provide direct aid to businesses, is probably more useful than a Main Street lending program at this stage.”