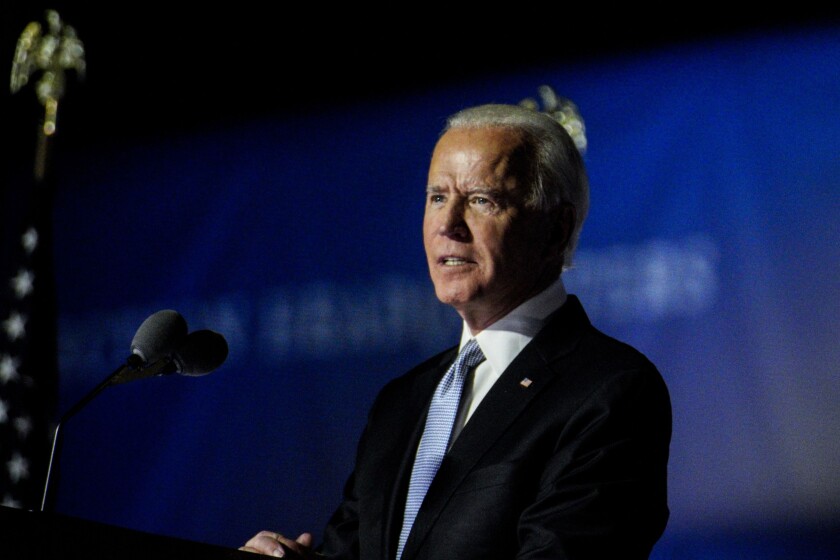 Biden’s plan to stimulate a stalling economy and to vaccinate Americans against COVID-19 that was unveiled Thursday evening faces possible revisions to pass the Senate where the new Democratic majority will need the support of at least 10 Republicans to break a filibuster.

The package would extend through the end of September many of the short-term emergency measures approved by Congress last month, while providing the missing component of state and local aid that was blocked when the Senate was controlled by Republicans.

Zandi, however, told participants in a Volcker Alliance webinar on Thursday the economy is “getting off to a tough start” in 2021 with the pandemic raging and job growth “stalled out.”

Payroll employment dropped by 140,000 last month, including 51,000 in state and local government, according to the Bureau of Labor Statistics.

Zandi said the economy will continue to struggle to grow until mid-year.

“Even as most counties continue to suffer from ill-timed revenue losses, we remain committed to the American tradition of building back better after a major crisis,” Chase of NACo said. “The federal resources proposed by President-elect Biden would enable county leaders to make strategic investments in the immediate task of vaccinating our residents and mitigating the spread of this deadly, destructive virus.”

The NLC’s Anthony said “Biden’s COVID-19 rescue package brings hope to the millions of Americans in our cities, towns and villages who have been devastated by the effects of this pandemic.”

Besides direct state and local aid, Biden wants another $170 billion for education that would be split with $130 billion for reopening K through 12 schools and $35 billion for colleges and universities to implement online classes as well as public health protocols and emergency grants to students in need. The remaining $5 billion would go to governors for a hardest hit education fund.

Another $20 billion would be designated for the hardest hit public transit agencies, which the American Public Transportation Association said “will help prevent massive labor cuts and drastic service reductions.”

Public housing agencies would get an additional $25 billion for rental assistance to prevent evictions in addition to the money approved by Congress late last year.

Local governments would share $5 billion to provide grants under the Low Income Home Energy Assistance Program and states would receive an additional $1 billion to cover cash assistance under the Temporary Assistance to Needy Families (TANF) program.

Labeled the American Rescue Plan, Biden’s staff said the proposal would “devote about $1 trillion towards building a bridge to economic recovery.”

Other highlights include a $1,400 stimulus check for individuals, a renewal of emergency paid leave measures, a $400 per-week federal unemployment insurance supplement, and expanding unemployment benefits to self-employed workers such as ride-share drivers.

A program to vaccinate 100 million Americans in 100 days would produce another stream of $20 billion to states, localities, tribes, and territories. And as part of the vaccination plan, Biden is asking Congress to increase the Federal Medicaid Assistance Percentage (FMAP) to 100% for the administration of vaccines.

Elsewhere, another $30 billion would be targeted for the Disaster Relief Fund to ensure sufficient supplies and protective gear, and to provide 100% federal reimbursement for critical emergency response resources to states and local governments, including the deployment of the National Guard.

How the $350 billion in direct aid to state and local governments would be split was not suggested in Biden’s framework released Thursday.

But Senate Democratic Leader Chuck Schumer has announced proposed legislation co-authored by Sen. Kirsten Gillibrand, D-N.Y., that would divvy up the local relief fund into a 50/50 split with half committed to cities, towns, and villages, and half committed to counties.

Their Direct Support for Communities Act would allocated 70% of the local aid for distribution through the federal Community Development Block Grant program and 30% for distribution by the states within 30 days to communities not entitled to CDBG funding.