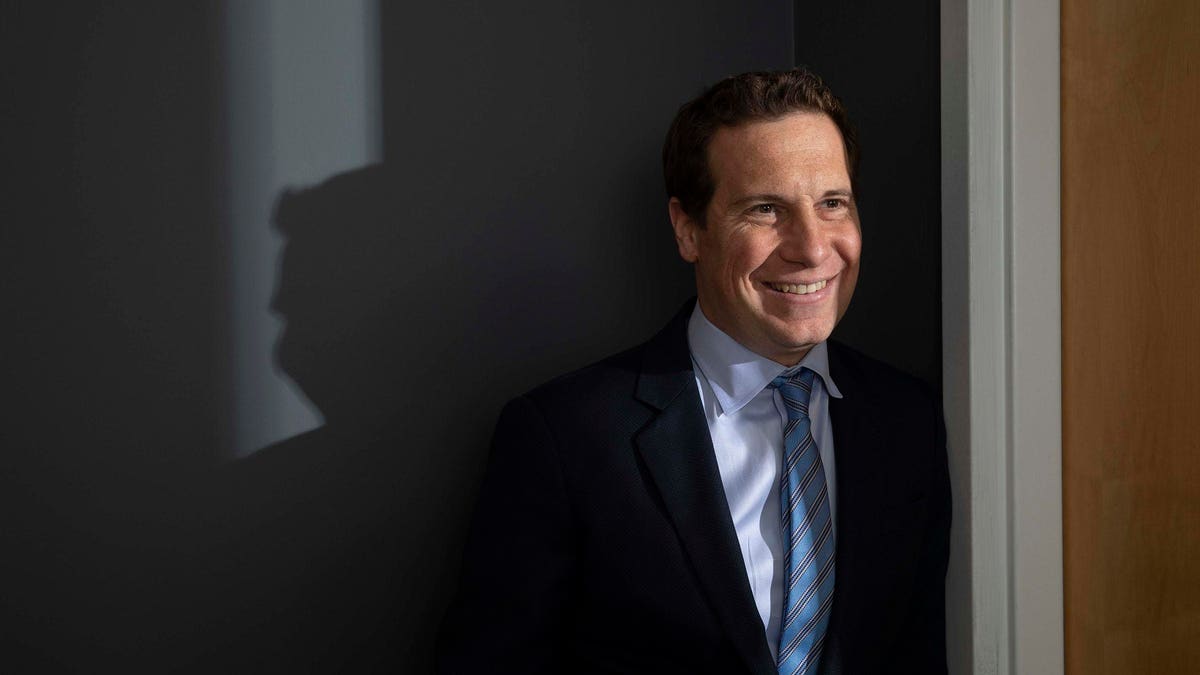 This year, Ishbia is handing out a different sort of party favor: stock worth at least $1,000 to all 8,000 of UWM’s employees—including the 800 who will start this month alone—a small drop in the bucket in the company’s just-completed public offering, the biggest SPAC deal in history.

The awards signify a sharp turnaround for America’s second-largest mortgage lender. Last spring, as the global economy shut down, Ishbia found himself in a bind. His firm, which had exploded from a 12-person family outfit into a bigger mortgage originator than Wells Fargo and JPMorgan, was blindsided when the Federal Reserve committed on March 23 to purchase “unlimited” amounts of mortgage securities. The decision, while a boon to the broader stock market, caused mortgage bond prices to skyrocket, creating a cash crunch for lenders like United Wholesale that were hedging interest rate risks. The company was briefly forced to curtail new loans to conserve cash.

Within weeks, Ishbia hired Goldman Sachs to help shore up United Wholesale’s balance sheet. Together, they landed on the white-hot cash-injectors known as SPACs, or special purpose acquisition corporations, the newest (and most controversial) rage on Wall Street. SPACs are publicly traded shell companies that raise hundreds of millions, or even billions of dollars in public offerings and then hold the cash in escrow as a team of dedicated dealmakers hunts for a company to pump the money into. By merging with a SPAC, Ishbia could skip an uncertain IPO-process that could stretch almost a year and, instead, go public in a fraction of the time.

“In the mortgage market just like in any business, cash is king,” Ishbia tells Forbes. “The goal was to get access to the resources we needed to be on a level playing field with Wells Fargo, Rocket Mortgage, JPMorgan Chase and Bank of America.”

On Friday, the deal officially closed, and United Wholesale began trading on the New York Stock Exchange. Ishbia, who rang the opening bell, sold 6% of the company to a SPAC managed by billionaire investor Alec Gores, raising $925 million in cash at a $16 billion valuation. At the end of trading Friday, Ishbia’s 70% stake was worth $12.6 billion, enough to make him one of the 50 richest people in America. His brother Justin’s smaller stake is worth $4 billion.

“He’s just very likable,” Gores says of his decision to invest. “He is what you see and he’s very enthusiastic.”

For Ishbia, the deal has cemented one of the fastest and most unheralded rises ever seen on Wall Street. After graduating from Michigan State University in 2002 with a national basketball title as one of coach Tom Izzo’s benchwarmers, he spent a season working for Izzo before joining his father’s mom-and-pop mortgage outfit. Thanks to one of the best decades ever for the mortgage market, United Wholesale has grown to issue about $60 billion in loans each quarter and is expanding so fast that it hired 4,000 people last year alone, up from a staff of 3,500 at the start of 2019.

Time will tell if UWM, which promises a 40-cent dividend and large profits, will differentiate itself from the cohort of SPACs dominated by speculative electric vehicle startups. For Ishbia, securing money now is easy; longevity against diversified mega-banks will be harder. “I’m in the office at four in the morning and I stay until 6:30 at night,” he says, acknowledging the task. “These aren’t small people that I’m competing with.”

Ishbia’s story begins with a father who couldn’t sit still. His dad, Jeff, worked a day job as an attorney but had the entrepreneurial itch, launching, at various points: a restaurant, a title company, an alarm business and, in 1986, a mortgage firm. “He grew up very, very poor,” Ishbia says. “He had to make sure he had a diversity of opportunities to ensure he could pay for me, my brother and my mother.”

The mortgage business was a no-brainer. Jeff envisioned it as an ancillary service for his legal clients. It took up little of his time; he hired two people to run the company and never even set up his own office.

Mat Ishbia never intended to join the firm. By 2003, it was still just an 11-person outfit and represented a major downgrade in excitement. He had just won a national title at Michigan State, where he “had to be the hardest working guy to be the worst player on that team,” and envisaged a lifetime of coaching basketball. But at the behest of his father, he agreed to give the business a try. “I went there with the concept that I was gonna be there for six months, a year,” he says. “No one likes mortgages. I don’t like them still.”

To his surprise, the parallels between sports and commerce—teamwork, consistency and competition—resonated with Ishbia, and he decided to stay. Things started slow. The company issued just 45 mortgages in February of 2004. “In the years ‘04, ‘05, ‘06, when the mortgage business was booming, we were barely breaking even,” he says. “I think one year my dad actually had to put some of his money back into the company to keep it going.”

Counterintuitively, the financial crisis turned United Wholesale into a major player. Unlike mortgage powerhouses like Countrywide and New Century, it hadn’t issued subprime loans. When the big firms collapsed, Ishbia was there to collect new business and hire their laid off staff. “2008 was a great year,” he says. “And 2009 was the best year of all time for our company by a multiple of 10.” The company issued over $2 billion in loans.

That year, Ishbia’s dad sat him down. “We made more money this year than we’ve ever made in our lives,” he said. “What do you want to do?”

His son, eager for another national title, scarcely hesitated: “I want to be the largest wholesale lender in the country.”

Ishbia spent the next six years buying out his dad and growing United Wholesale’s top-line without taking any outside capital. By 2015, the company was issuing over $1 billion in mortgages per month and generating over $100 million in annual profits, virtually all of which was reinvested in technology and its giant Michigan campus.

In contrast to Rocket Mortgage, America’s largest home lender, which went public in 2020, United Wholesale doesn’t work directly with consumers shopping for low mortgage rates online. Instead its loans are sourced by an army of over 30,000 independent brokers, who do the rate shopping for their clients. United Wholesale dominates this category—which accounts for 20% of overall mortgage volume—with 33% market share, and at times in 2020 its loans were going for almost a half-percentage point lower than traditional banks. Covid-19 has only accelerated the company’s ascent. “The biggest wholesaler in history was Countrywide back in 2004 or 2005. I think they did $100 billion,” Ishbia says. “We broke the record last year.”

Ishbia’s plan to overtake Rocket Mortgage is simple. He believes brokered mortgages will rise to a third of the overall market and United Wholesale will have a near 50% share. He pulls no punches when comparing the two firms. While Rocket takes 29 days to close a loan and its officers complete just 6.8 loans per month, United Wholesale says it can close in just 17 days on average, meaning a typical loan officer at the company will issue nearly 9 loans each month.

Henry Coffey, a managing director at Wedbush Securities, attests to the business model: “[United Wholesale has] all the tech resources in place to continue to dominate in the broker-direct business. Competition is heating up but we think they will continue to lead.”

The obvious question is whether the company can keep pace once the market inevitably cools. Ishbia, for his part, says United Wholesale is well-positioned even when rates begin to rise. “We obviously specialize in doing a lot of purchase mortgages, not just refinances like a lot of my competitors,” he says, taking a jab at Rocket. The company expects to originate $210 billion in loans this year and generate a $1.7 billion profit; its share of new mortgage originations in the United States is now 4%.

“There’s a saying in business that people die by: ‘What got you here won’t get you there,’” Ishbia says. “And I don’t agree with that…. I’m going to continue to be a maniac and focus on every detail.”