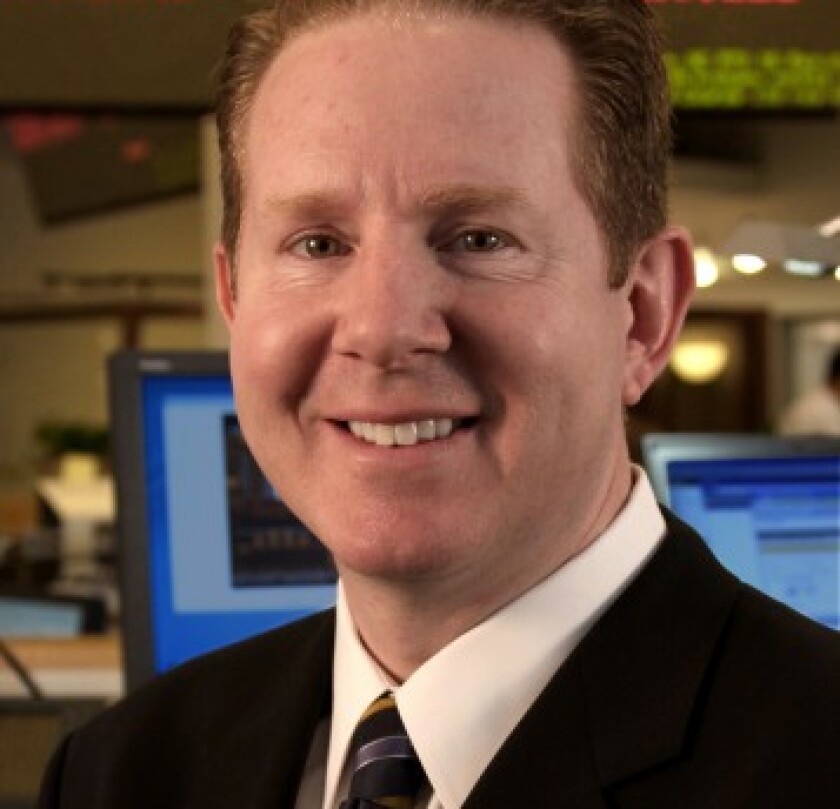 Investors on the hunt for yield with few pickings scooped up Chicago Public Schools’ junk paper Wednesday driving down the district’s yield penalties paid in the primary market to their lowest in years.

The 10-year in the $560 million sale that marked the Chicago Board of Education’s first COVID-19 era sale settled at a yield of 1.94%, a 117 basis point spread to the Municipal Market Data’s AAA benchmark.

The BBB benchmark was at an 89 basis point spread Thursday. The new-money and refunding bonds carried one investment grade rating and two speculative grade ones and while high yield investors snapped up the paper, Alliance Bernstein’s high impact social fund shunned the transaction. The fund said the district has failed to provide sufficient evidence it’s protecting students from in-school sexual misconduct in the aftermath of a scandal that drew a rebuke from the U.S. Department of Education.

The banking team — led by JPMorgan and Cabrera Capital Markets LLC — shaved seven basis points off yields from Wednesday’s pre-marketing wire when the first pricing wire was distributed Thursday and demand drove a narrowing of spreads by another 15 to 30 basis points.

“It’s a search for yield. Buyers are just starved for yield and the inflows into high-yield funds have been astronomical for at least the last couple of weeks,” said Greg Saulnier, managing analyst at Refinitiv-MMD.

Spreads have been compressed, especially lower investment grade credits and Saulnier said he expected that was also the case for speculative grade. Credit concerns are being shrugged off so “it’s the perfect time to come to market” for high-yield borrowers, Saulnier said.

The deal’s spreads mark a dramatic turnaround from just a few years ago. The district paid a bruising 480 basis point spread on its long 29-year bond in a GO sale just ahead of the mid 2017 passage of new state aid. The district hit a peak of 580 basis points in 2016 punished for then-Gov. Bruce Rauner’s comments that the district was a good candidate bankruptcy even though the state lacks a Chapter 9 statute.

The district’s structural balance was protected this year thanks to federal relief and that was more than enough to calm a buy side willing to overlook a threatened teachers’ strike over the resumption of in-school learning, state funding risks, and longer term structural pressures — for the scarce yield kick.

“These are extraordinary times” for a “BB-rated district, in a below investment grade city, in a Baa3 state” to price at such levels, said Brian Battle, director of trading at Performance Trust Capital Partners LLC. Chicago carries one junk rating from Moody’s Investors Service.

“Pricing is a function of torrid HY demand, lack of supply, and the belief which is well placed in the short term that the city and state” through its 2017 school funding revisions “will support CPS,” Battle said. “The Feds have done their part. CPS budgeted $340 million as a federal grant placeholder. They received $800 million.”

Battle was referencing CPS’ decision to pass a $6.9 billion 2021 operating budget that relied on federal funds. The federal package approved in December provided more than double that amount. “They have ‘solved’ their short-term problems over the past three years with revenue. Eventually, they will have to address the structural costs,” Battle said.

The district faces rising labor costs, pension and debt costs amid a dwindling enrollment, an ongoing reliance on short-term borrowing, and questions over whether the cash-strapped state can afford to meet annual increases called for in the 2017 funding overhaul.

Ahead of the sale Thursday, Fitch Ratings and S&P Global Ratings affirmed the district’s BB and BB-minus ratings, respectively. Kroll Bond Rating Agency assigned a BBB-minus rating. Moody’s rates the district at a junk level but was not asked to rate the bonds. Fitch, S&P and Kroll give the rating a stable outlook. Proceeds will refund outstanding debt, reimburse the district for capital and finance 2021 capital projects.

The easy sell for the bonds did not extend to one fund — AllianceBernstein’s municipal impact strategy fund, according to Eric Glass, portfolio manager of the roughly $1.1 billion fund launched in 2016 that aims to invest in historically under-resourced and historically excluded borrowers. The fund’s strategy does not impact other funds that total more than $50 billion under management by AllianceBernstein.

“We are trying to bring attention to the idea that kids need to be educated in a physically and emotionally safe environment,” Glass said in an interview after submitting an op-ed to The Bond Buyer on the fund’s position.

CPS did not respond to a request for comment on the fund’s position.

Glass questioned the lack of disclosure in CPS offering statements which have not directly outlined the reporting issues, specific litigation, or the federal government’s rebuke stemming from the scandal. The litigation section reports the district carries insurance and does not consider any potential lawsuits as material. The 2019 offering statement did lay out measures taken to better protect students from sexual misconduct and investigations in several references.

“We view this as material” both as a financial liability and policy matter, Glass said. “The fact that there isn’t any disclosure in the offering document is problematic. Transparency in disclosure is essential.”

Chicago schools moved to remote, on-line learning last March and has been trying to phase in a return for students who want to return beginning with special education and pre-kindergarten in January and kindergarten through 8th grade on Feb. 1. The Chicago Teachers’ Union is fighting the Feb. 1 return over various protocols and metrics that could shutter schools and wants to delay a return until teachers are vaccinated.

The fund doesn’t hold the district accountable for what happens in a student’s home but says the district hasn’t provided sufficient evidence that students will return to a safe environment concerning sexual misconduct protections up on their return, Glass said.

The fund purchased CPS paper until mid-2018 after the Chicago Tribune published a series of stinging stories about sexual assault and harassment reporting and investigative failings on CPS’ part. It has since shed the holdings. “It was abundantly clear, that CPS did not have the vetting, reporting, administrative, and operational guardrails in place to keep children safe. Our impact strategy divested of its holdings,” Glass said.

The U.S. Education Department and district in September 2019 entered into an agreement that required the district to overhaul sexual misconduct complaints to comply with Title IX which bans sexual discrimination for programs that receive federal funds. The district’s inspector general’s office took over investigations from the district’s law department and in a January annual report said it opened more than 430 cases last year. Four cases results in criminal charges and more than a dozen are ongoing. Nearly 50 employees were fired.

The fund had communications with the district about their actions to ensure against future failures but those communications dried up and Glass said he has not attempted contact of late.

The fund has shunned other borrowers including the Clark County, Nevada School District. The fund makes decision on “a proceed-driven model,” Glass said.

It adheres to some hard and soft metrics when deciding on investments. It invests only in schools where at least 60% of the enrollment must qualify for free and reduced price meals under federal guidelines. For healthcare, at least 20% of the payor mix must come from Medicaid and charity care. For city water and sanitation systems, the median household income must be no higher than 90% of the state.

The fund also looks at the diversity of teachers and whether it matches the student population although that factor is not a disqualifying filter. While it invests in primary education, healthcare, clean water, mass transit and other sectors it typically steers clear of general obligation bonds as the proceeds typically flow into a general account.