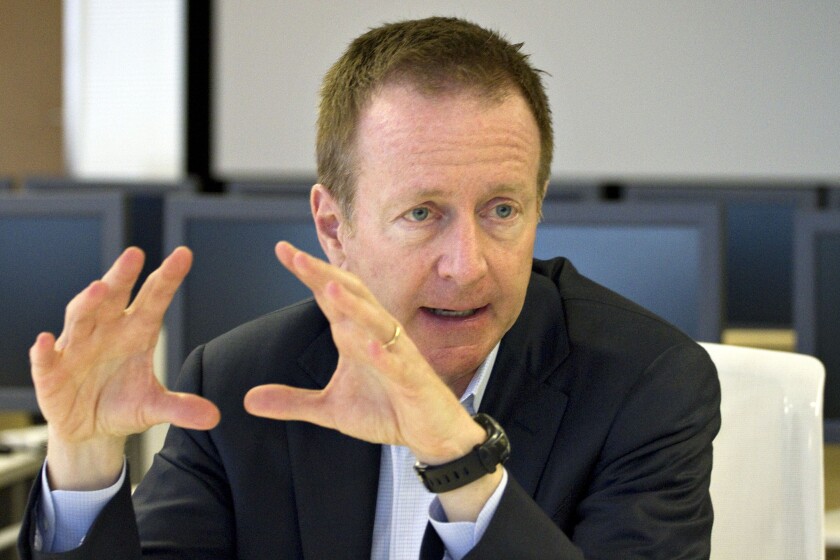 The superintendent of the Los Angeles Unified School District blasted a city councilman who wants the city government to sue to reopen schools for in person learning.

Councilman Joe Buscaino plans to submit a resolution this week asking the city attorney’s office to file a lawsuit modeled on one filed recently by San Francisco.

“It has been nearly a year since our students have attended classes in person, giving the district ample time to prepare,” Buscaino said in a statement. “As we see the harm that has been created by keeping kids away from their classmates, and a real shot at a quality education, I feel obligated to take a stand.”

Unlike San Francisco, Los Angeles does not meet the state’s guidelines for reopening, because the rate of COVID-19 infections has not declined enough in the southern California city, said Austin Beutner, LAUSD’s superintendent.

“Grandstanding political stunts like this are precisely why schools in Los Angeles remain closed,” Beutner said in a statement Friday. “Elected leaders from Sacramento to Los Angeles City Hall need to put deeds behind their words and take the steps necessary to actually put schools and the children they serve first.”

Los Angeles is a “national example of how governmental dysfunction has allowed the virus to rampage out of control,” Beutner said. “It was not the decision of Los Angeles Unified to reopen card rooms or indoor malls before infection rates were low enough to unlock the schoolyard gates.”

LAUSD has been ready to reopen classrooms for months, Beutner said, because it already took all the steps recommended by the Centers for Disease Control and Prevention, including retrofitting 80 million square feet of school buildings to make sure the air is properly filtered.

“We did all of these things without any assistance or funding from the State of California, Los Angeles County or, notably, the City of Los Angeles,” Beutner said. LAUSD wants to reopen, but “we cannot break the law to do so.”

The community spread of COVID-19 in the Los Angeles area has not met the state standards for schools to reopen since they were ordered closed in March 2020, he said.

Actions by the two cities came after Rochelle Walensky, director of the U.S. CDC said last week that schools can safely reopen even if teachers are not vaccinated against COVID-19. Teachers’ unions for both California school districts have argued that the schools should not reopen until after teachers are vaccinated.