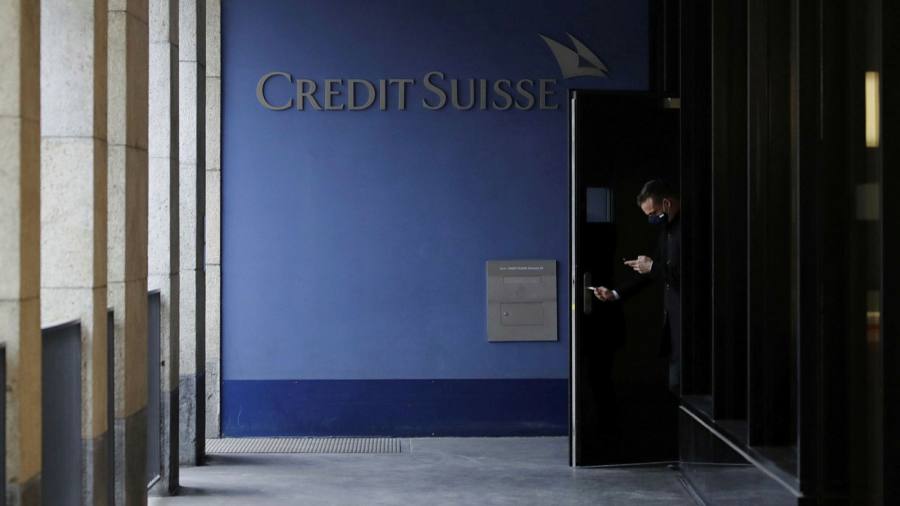 European investment bankers are set to enjoy increased bonuses after a bumper year for trading and dealmaking amid the coronavirus pandemic, while their counterparts in other parts of the business see their payouts cut or cancelled altogether.

Credit Suisse and Barclays — the first of the region’s major investment banks to disclose their plans — this week boosted payouts and justified their decisions by citing “pay for performance” policies, and the need to stop staff defecting to more generous Wall Street rivals.

By contrast, staff at Italy’s Intesa Sanpaolo and Germany’s Commerzbank have had their payouts cut by as much as half. Lloyds Bank in the UK cancelled bonuses altogether.

More big global lenders will reveal their plans soon, with HSBC and Standard Chartered reporting full-year results on Tuesday and Thursday, and UBS releasing its annual report on March 5.

European bank bosses face a tricky balancing act between rewarding staff who capitalised on a boom in trading, listings and dealmaking last year, while acknowledging the bleak macroeconomic environment and seeking to avoid tarnishing the improved public image they have fought hard to rebuild since the financial crisis.

“That’s the essence of pay of performance,” he said, alluding to the investment bank’s 18 per cent annual increase in revenues.

Barclays increased its bonus pool by 6 per cent to £1.6bn after its investment bank produced its highest annual revenue since at least 2014.

While bonuses were cut in its corporate and consumer divisions where profits fell, they rose at the investment bank, where three-quarters of the pool was allocated to staff outside the UK, notably in New York. The bank’s traders were the main driver of profits last year and “we have to be responsive to that”, said Barclays chief executive Jes Staley.

Investment banks across the world generated a record $124.5bn in fees last year as companies raced to raise cash in order to survive the pandemic. Traders benefited from extraordinary levels of market volatility and unprecedented liquidity support from central banks, which drove clients to reposition their portfolios and sent stocks to record highs.

Regulators have been clear they will watch bonus payments closely. Last week the European Central Bank shot down Deutsche Bank’s plans to increase its bonus pool by more than a third, to more than €2bn, after Germany’s largest lender reported a small profit for the first time in six years.

When the ECB and Bank of England allowed lenders to restart dividend payments in December, they urged managers to use a “high degree of caution and prudence” when deciding on bonuses. This reflected the uncertain outlook and need for banks to deploy capital to the wider economy.

“Significant bonuses will be frowned upon,” said a senior British regulator. “It is always a nightmare when you have an investment bank — can you pay bonuses when the economy is doing badly?”

Carlo Messina, chief executive of Intesa Sanpaolo, said in an interview that Italy’s largest bank by assets was reducing its bonus pool by 30 per cent after its executives donated €6m of their own pay to healthcare initiatives last year.

“It is not only a decision of the organisation, but it is also something coming from the regulators,” he said. Intesa reported a €3.1bn profit for 2020 and benefited from an accounting gain after buying domestic rival UBI last summer.

Commerzbank, Germany’s second-biggest listed bank by assets, halved its bonus pool to €100m after recording a €2.9bn loss last year, its worst since the financial crisis.

Supervisors must “put the brakes on” excessive remuneration, said MEP Sven Giegold, financial and economic policy spokesperson of the Greens/EFA. “Admittedly, banks did not cause the crisis this time. But they owe their successful year 2020 less to the genius of their managers than to the massive state support measures for the entire economy.”

Bank bosses are also coming under pressure from their shareholders to make sure bonuses do not draw too much negative attention. “Banks should be sensitive,” said Sacha Sadan, director of investment stewardship at Legal & General Investment Management, the UK’s biggest fund manager by assets.

“They should get bonuses if they have done a good job but they should be sensitive of the societal issues and mindful of why they have had a good year.”

A poll of 2,752 retail shareholders by Interactive Investor, the trading platform, showed 89 per cent would vote against “excessive remuneration” for bank executives at AGMs this year, down from 11 per cent last year.