The 90-year-old chief executive of Berkshire Hathaway told shareholders in his closely followed annual letter that it was best to eschew the fixed-income market, in which the company is itself a large player.

“Fixed-income investors worldwide — whether pension funds, insurance companies or retirees — face a bleak future,” he wrote. “Competitors, for both regulatory and credit-rating reasons, must focus on bonds. And bonds are not the place to be these days.”

Treasury prices slid dramatically last week, driven by shifts from investors who see faster economic growth taking hold. Optimism around a global expansion has also rekindled concerns about a spike in inflation, however nascent, and the prospect that central banks may have to adjust their stimulative policies.

Many investors had moved to adjust their portfolios before the sell-off in Treasuries this week, buying lower-quality debt that offered higher returns. Buffett warned on Saturday that the move by insurers and bond buyers to “juice the pathetic returns now available by shifting their purchases to obligations backed by shaky borrowers” was a concern. 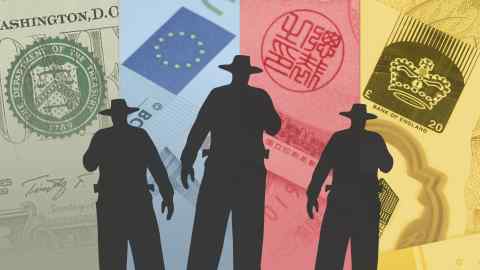 “Risky loans, however, are not the answer to inadequate interest rates,” he said. “Three decades ago, the once-mighty savings and loan industry destroyed itself, partly by ignoring that maxim.”

The downbeat assessment of the sovereign debt market accompanied Berkshire’s fourth-quarter results, which showed the company’s net profit rose nearly 23 per cent from a year prior to $35.8bn, or $23,015 per class A share.

The rise was propelled by gains on investment and derivative bets, as the broader US stock market advanced in the final three months of 2020. Accounting rules require Berkshire to report changes in the value of its stock investments in companies such as Apple, Coca-Cola and Verizon as part of its quarterly earnings, resulting in big swings depending on the direction of the market.

Berkshire’s underlying businesses showed some resilience towards the end of this past year, with its operating earnings rising just under 14 per cent. For the full year, which included the fallout from the coronavirus crisis, operating earnings fell 9 per cent from a year prior to $21.9bn.

In its brief 232 years of existence, there has been no incubator for unleashing human potential like America

Buffett directed much of the company’s firepower in the fourth quarter to buying back Berkshire shares, spending $8.8bn on its own stock. For the full year, it repurchased $24.7bn worth of its shares. The share buybacks helped reduce Berkshire’s mammoth cash pile from $145.7bn at the end of September to $138.3bn by year end.

The doyen of the investment world used his annual letter to reaffirm his belief in the US economy, telling shareholders that the country had “moved forward” and that they should “never bet against America”.

While he has in the past weighed in on the direction of the country and supported Hillary Clinton’s campaign bid in 2016, he did not address the election of Joe Biden to the White House and only fleetingly mentioned the rift in the country that was laid bare over the past four years.

Buffett said progress towards “a more perfect union” had been “slow, uneven and often discouraging”. But he added that the country would continue to march ahead.

“In its brief 232 years of existence, however, there has been no incubator for unleashing human potential like America,” he wrote. “Despite some severe interruptions, our country’s economic progress has been breathtaking.”