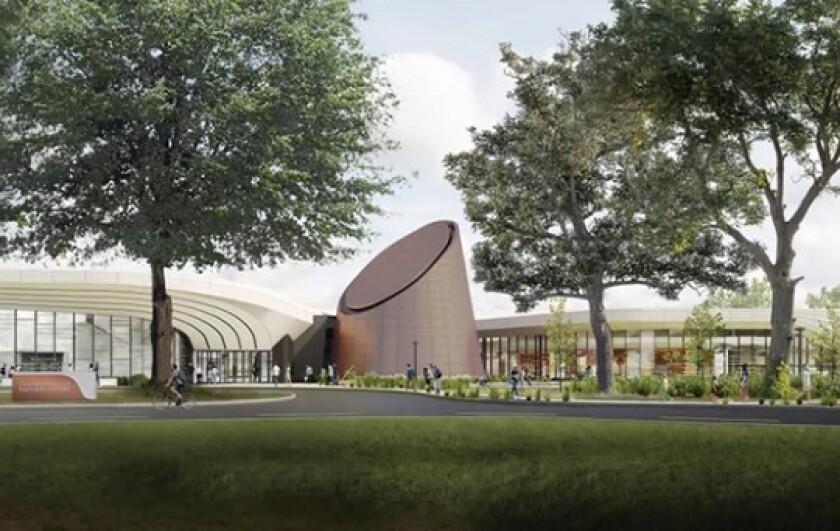 The 100-year-old Cleveland Museum of Natural History makes its tax-exempt market debut this week to raise financing for a sweeping transformation plan.

The $63 million issue is slated to price Thursday through the Cleveland-Cuyahoga County Port Authority. Morgan Stanley is the underwriter. The bonds are an unsecured general obligation of the museum and mature in 2051.

The museum has raised $93 million of a $150 million campaign to pay for its transformation with $60 million covering its previous phases known at the Centennial and Gateway Projects.

The museum completed the Centennial projects in 2016 and last year celebrated its centennial with the completion of its Gateway Projects that included renovations of its Murch Auditorium, a redesign of environmental courtyard and new exhibit space.

The museum hopes to complete the $115 million phase by July 2023 and to house exhibits by the following year, so it decided to borrow to raise needed funds ahead of fundraising.

The next phase includes a 50,000-square-foot exhibit wing with labs for educational programs and improved storage space for museum collections, a lobby and visitor hall and renovations to existing spaces. An additional $50 million is needed through fundraising to cover the remaining costs.

And there’s an expected fiscal benefit with the museum projecting additional income from admissions, retail space, parking and annual contributions although the museum cautions in the offering statement that it can’t guarantee that income growth in the post-COVID-19 environment.

The COVID-19 pandemic has stung visitor levels due to capacity limits to halt the spread of the disease, but it didn’t impact the borrowing plans. “The pandemic did not impact the timing of our bond issuance” nor “the structure or repayment,” museum spokeswoman Samantha Guenther said.

Moody’s Investors Service gave the museum a first-time rating of A3 with a stable outlook that recognizes its wealth and liquidity relative to operations, with more than 80% of $155 million of total cash and investments available to spend.

“This is a key underpinning of credit quality given the museum’s significant reliance on its reserves for operations and debt service support,” Moody’s said. “Philanthropic support with average gift revenue of around $15 million per year supports the museum’s very good brand strength, with total gift revenue including restricted gifts exceeding total operating revenue in most years.”

The museum’s heavy reliance on investment income and gift revenue that accounts for 75% of operating revenues poses challenges but it also minimizes the risk associated with reduced operations due to measures to stem the spread of COVID-19.

Despite the reductions, the museum closed the books on fiscal 2020 June 30 with a balanced budget after managing expenses that included an early retirement offer, fundraising, and taking out a $1.7 million Paycheck Protection Program loan authorized by federal relief programs. For the first six months of fiscal 2021 it recorded $1 million in net income as it manages expenses.

The museum is expanding its fundraising efforts and its board has a proven track record on that front, but if it falls short, the borrowing would erode reserves, Moody’s warned. The stable outlook assumes no additional borrowing. The museum reports being ahead of schedule on meeting a fiscal 2021 $11 million fundraising target.

The museum is located five miles east of downtown Cleveland in University Circle, a 550-acre concentration of educational, cultural and medical institutions. CMNH also protects more than 11,000 acres through the museum’s Natural Acres Program. Iconic displays at the museum include Balto, the Siberian Husky that helped transport diphtheria serum in 1925, and Lucy, the skeletal remains of human ancestors 3.2 million years old discovered by museum scientists.