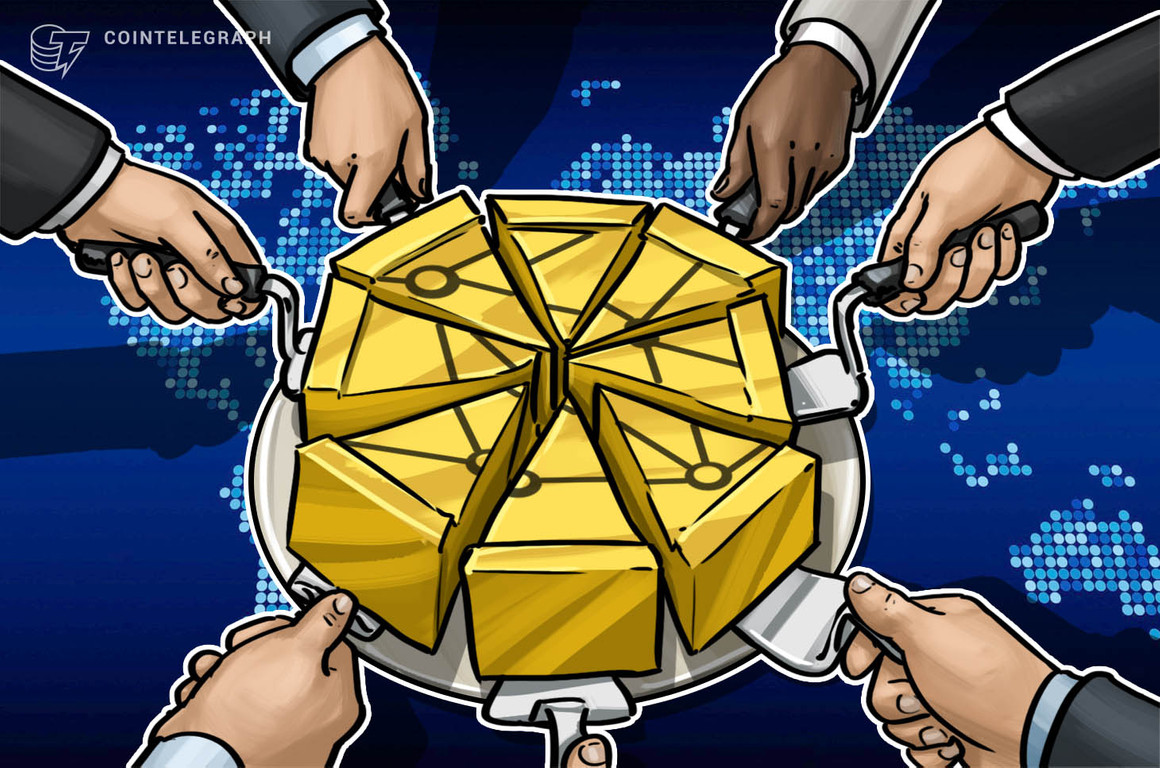 Decentralized finance has taken a back seat to nonfungible tokens over the past month but this hasn’t stopped the top DeFi projects from developing and strategizing how to grow their ecosystems and market share.

One project that has outperformed the field as of late is PancakeSwap (CAKE), the Binance Smart Chain-based automated market maker (AMM) that allows users to exchange tokens and earn a portion of fees through yield farming.

According to a recent report from Delphi Digital, several factors have played a significant role in helping the PancakeSwap ecosystem grow in recent months and analysts predict that the protocol will continue to be a serious competitor to Uniswap.

Anyone who has tried to transact on the Ethereum (ETH) network in 2021 will have noticed the astronomical rise in gas fees which has been compounded by the rising price of Ether.

If you compare this chart of the average gas fees on Etherum with the chart above detailing the monthly trading volume on PancakeSwap, a correlation can be seen between higher fees and more activity on the DeFi platform.

While Ethereum fees were ballooning, Binance Smart Chain (BSC) emerged as a viable option thanks to numerous cross-chain bridges and low transaction costs. PancakeSwap is the largest, most established DEX on the BSC thus it benefits from the influx of users and Binance’s large user base.

Delphi Digital analysts identified Binance’s immense ecosystem as another major factor providing a boost for CAKE as its “vast network effect” comes from being the “biggest crypto exchange that’s typically the first choice for retail traders.”

Prospective users can gain access to the BSC by simply withdrawing their tokens from Binance to a BSC-supported wallet.

PancakeSwap could be a ‘perpetual vampire’

Unlike UNI and SushiSwap (SUSHI), there is not a hard cap on the supply of CAKE tokens which gives the platform the “ability to perpetually conduct targeted vampire attacks in order to attract liquidity and incentivize projects to launch on PancakeSwap’s AMM.”

Even with various deflationary measures implemented by CAKE developers, the “net emission is approximately 1,000,000 CAKE per week – which translates to 37% real inflation annually (or 0.7% weekly).”

According to Delphi Digital, PancakeSwap is aware of how the current inflation numbers look and the team announced a governance vote to change the emission schedule with the options to leave it the same, decrease it to 23.5 or 22 CAKE per block.

The option to reduce emissions to 22 CAKE, a 20% decrease, is currently favored to win and this would reduce CAKE emissions by 1,050,000. This would help to neutralize inflation while also allowing the project to keep its vampire attack capabilities in the long-run.

CAKE attempts to break above resistance

Data from Cointelegraph Markets and TradingView shows that since reaching a low of $8.30 on Feb. 28, the price of CAKE has made several attempts to break out to a new all-time high and at the time of writing the altcoin trades for $15.63.

According to data from Cointelegraph Markets Pro, market conditions for CAKE have been favorable for some time.

The VORTECS™ score, exclusive to Cointelegraph, is an algorithmic comparison of historic and current market conditions derived from a combination of data points including market sentiment, trading volume, recent price movements and Twitter activity. A recent test of the system resulted in investment returns as high as 1,497% using specific strategies outlined in the report.

As seen in the chart above, the VORTECS™ Score for CAKE turned green and registered a 65 on March 21, roughly six hours before the price began to rally over the next four days.

After the initial precise rise on March 22, the VORTECS™ Score continued to climb and reached a high of 81 on March 25, three hours before the price began to rally 36%.

Strong backing from Binance and low fees on BSC have PancakeSwap in an enviable position to attract additional liquidity from the Ethereum-based DeFi protocols as a practical solution to high gas fees remains elusive. Despite inflation-related concerns, analysts have suggested keeping an eye on this Uniswap competitor as the battle for DeFi dominance continues to unfold.

The views and opinions expressed here are solely those of the author and do not necessarily reflect the views of Cointelegraph.com. Every investment and trading move involves risk, you should conduct your own research when making a decision.