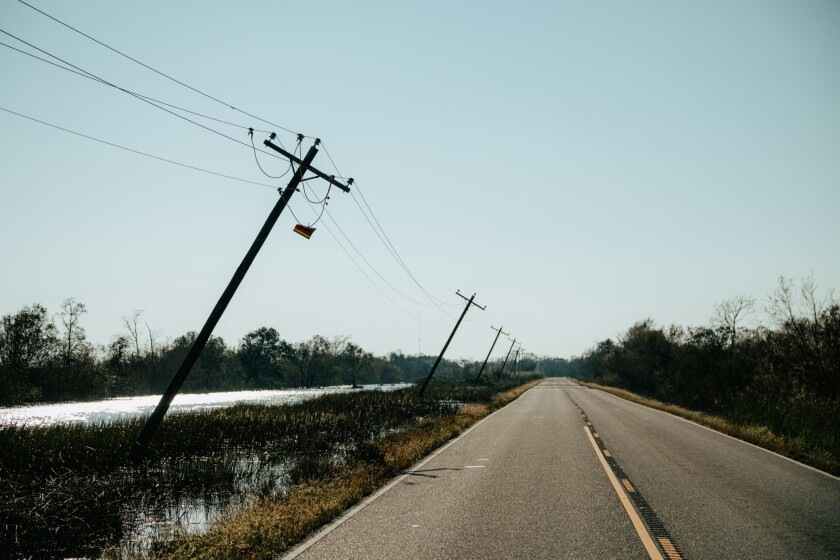 With the recent passage of infrastructure legislation in Washington, I am reminded how important the tax-exempt municipal market is to our nation’s ability to finance infrastructure through the multitude of municipal issuers across the country.

At the same time, I am perplexed as to why municipal market issuance has been stuck in the range of around $3.7 trillion to $4 trillion over the past 15 years, according to the Municipal Securities Rulemaking Board (MSRB).

Demand for municipal issuance, both tax-exempt and taxable, is at record levels, yet, according to the president, Congress and most elected leaders, we are woefully underfunded in meeting our infrastructure needs.

The American Civil Engineers Society reports America’s infrastructure grade is a C-minus and the investment gap over the next 10 years is $3.6 trillion.

At the same time, I believe 2021 is on pace to break records for municipal inflows with more than $88 billion year to date. Citigroup estimates (if inflows are added) that we may be in a net-negative supply condition of close to $100 billion this year.

Yes, the elimination of advance refundings in the 2017 Tax Cuts and Jobs Act dramatically hampered municipalities’ ability to use tax-exempt financing to refund older debt — forcing them to shift to taxable municipal issuance; but that is only a piece (albeit a large one) of the problem. Also, it’s a bit shortsighted of Congress to add advanced refunding back into the tax code given the current fiscal state.

As someone who has spent the majority of his career involved in municipal finance, both as a public servant and as a buyer/manager, I would argue there are two other important reasons why we fall short.

First, most municipal issuers have by now a legal or constitutional limit or mandate to manage their overall debt loads and interest costs. While these limits are important to controlling costs, they were constructed when rates were much higher and should be revisited while financing costs are still relatively cheap. Marginal changes — given the context of historically low rates, improved municipal finances post COVID and our large investment gap — seems warranted.

The second reason is related to the first in that no elected leader would argue their municipality should jeopardize its bond rating — especially if it has a very high investment-grade rating. Twenty years ago, I worked for a state that achieved a AAA-rating and every elected leader I have worked with since has cited the importance of maintaining the rating — to argue otherwise would be political suicide.

To me, that is precisely the problem, as ratings can become politicalized. Ratings themselves are more about management, economies and budget discipline, as well as debt levels and interest coverage ratios.

Perhaps given the current environment, we ought to be asking ourselves if we should revisit some of the legal or budgetary limits enacted long ago. At the very least, elected leaders should be free to have the debate in their municipalities.

In my experience, corporate treasurers who have leveraged their balance sheets over the past decade, given the cheap cost of debt, are typically freer from some of the political pressure — and many continue to issue record corporate debt levels. At the same time, they have lowered capital financing costs for their shareholders.

Just look at the Bloomberg Barclay’s U.S. Corporate Investment Grade Index, which has more than half of the corporate issuers at the BBB-rating level. I am not arguing there are not major differences between running a state or local government and a corporation, but, again, if we are so concerned about our global competitiveness, we as municipal financial professionals have to work with federal, state and local elected leaders across the country to develop better policies to issue more tax-exempt debt in a fiscally prudent manner — otherwise, our infrastructure investment gap will likely continue to grow.