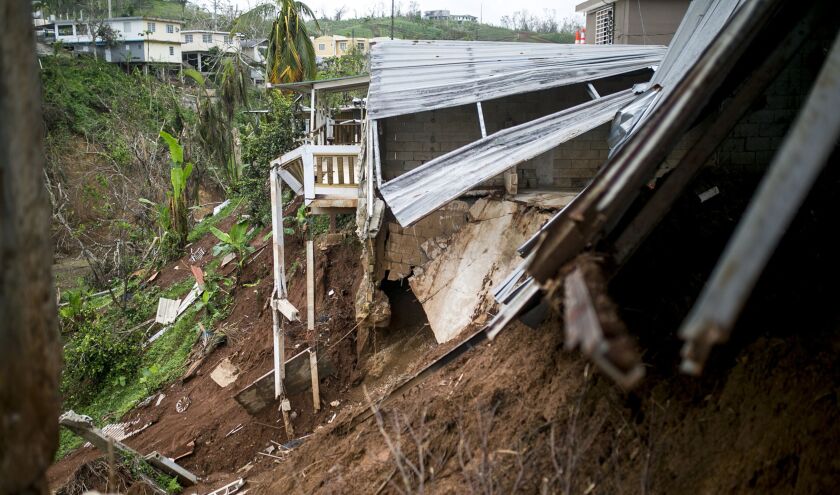 Four and half years after hurricanes Maria and Irma battered Puerto Rico, followed by the COVID-19 pandemic, federal reconstruction aid is still ramping up and analysts say that money could be structured to do more for the territory’s economy as it emerges from bankruptcy.

The federal government has allocated $71.5 billion of hurricane reconstruction funds for Puerto Rico, obligated $62.3 billion of that, and disbursed $19.7 billion.

Puerto Rico needs a healthy economy to support its access in the short-term to the municipal market and in the long-term to allow the government to pay its debts.

While federal money is beneficial, some observers have concerns that the aid may obscure the underlying problems Puerto Rico faces in the longer term. The Puerto Rico Oversight Board, which is charged with putting the commonwealth on sound financial footing, has not shied away from these worries.

“The impact of these funds has been significant and, it is no exaggeration to say that even the very modest growth in the economy would not have happened without them,” said José Villamil, chairman of Puerto Rico-based economic consulting firm Estudios Técnicos.

The aid from the Federal Emergency Management Agency Public Assistance, Hazard Mitigation, Mission Assignments disbursements will grow from $1.03 billion in fiscal 2021 to $2.11 billion in the current fiscal year and $3.31 billion in fiscal 2023, according to the Puerto Rico Oversight Board’s fiscal plan approved in January. Along with hurricane aid these figures also include money designated for relief from the earthquakes that hit southwest Puerto Rico in late 2019 and early 2020.

“The aid has enabled Puerto Rico’s economy to perform much better post-Maria period than it did in the 12 years leading up to the storm,” said CreditSights Senior Municipals Analyst John Ceffalio. “For example, job growth in Puerto Rico outperformed the nation for three straight years: 2019, 2020, and 2021. Before that, Puerto Rico had not outperformed the U.S. since 2004.”

Economists say federal hurricane, earthquake, and COVID-19 aid have aided Puerto Rico’s economy for the last few years, allowing the island’s real gross national product to grow by 1.8% in 2019 after years of decline.

Academic research on the aftermaths of natural disasters suggests Puerto Rico is just at the earliest stages of a long recovery, said Deepak Lamba-Nieves, research director at Puerto Rico’s Center for a New Economy. “But things are not going peaches and cream.”

The Trump administration complicated matters by putting requirements for federal disbursement of funds that slowed it down, Lamba-Nieves and others have said. On top of that, the Oversight Board said it needs to review all major public reconstruction contracts, which has slowed down funding distribution.

“If the island successfully uses the funds to meaningfully improve transportation, water/sewer, and power infrastructure, then the federal aid will improve the lives of Puerto Ricans and make it a better place to invest for decades to come,” Ceffalio said.

Villamil does not see federal aid as purely a positive influence on Puerto Rico. Even before COVID-19 hit, federal funding for the island was growing, he said.

Federal funds accounted for 34% of all personal income on the island in fiscal 2020, before most federal COVID aid was distributed. Only Mississippi and Montana had similar percentages in recent years.

The federal government has also introduced the earned income tax credit to the island and dramatically expanded eligibility for the federal child tax credit for island parents.

“As far as I am concerned, anything that increases dependence on federal assistance is not good for the island’s future,” Villamil said. “No society can aspire to being developed with such high levels of dependence on such funds.”

Advantage Business Consulting President Vicente Feliciano said these two new credits, the approval of the central government Plan of Adjustment, and the approval of Hurricane Maria reconstruction projects, should support the economy in 2022.

Feliciano said the key for the long term is if the right lessons from the bankruptcy were learned.

“On the one hand, it is a concern that the government has committed to salary increases to public sector workers to be financed by non-recurring federal COVID transfers,” he said. “On the other hand, the government has soldiered on with some significant structural transformations, such as the concession of transmission and distribution of electricity from PREPA to LUMA, in spite of political opposition.”

Indeed, PREPA and LUMA energy are currently seeking an increase in electricity rates, complicating negotiations of PREPA’s outstanding debt to creditors while the authority also struggles to find mediators for a new deal.

Howard Cure, director of municipal bond research at Evercore Wealth Management, also said he was concerned about Puerto Rico’s use of federal COVID funds for recurring funding needs. The government’s record of balancing its budget is not great, he said, but board monitoring of the territory’s government should help.

In recent years, the federal government has reduced the number of reconstruction projects needing to use the Trump-era federal funding procedures, increasing the pace of disbursements, Lamba-Nieves said. He added that President Biden’s administration has streamlined the federal response.

An additional problem slowing down disbursements is that years of austerity before the hurricanes had shrunk the Puerto Rico Housing Department, he said. When the hurricanes hit there were too few government professionals to respond to the disaster and Puerto Rico’s government had to contract outside firms for assistance, he said.

Since these firms were and are outside the government, the knowledge these professionals are gaining will not remain with the government and the government will not be able to easily draw on it when the next disaster strikes, Lamba-Nieves said.

Federal regulations require the contracting firms to spend money on the reconstruction projects and then get federal reimbursement. Few local contractors have the liquidity to be able to do this, Lamba-Nieves said.

Villamil said his firm estimates that for every dollar FEMA spends it has only a roughly 13 cent impact on the economy.

“FEMA uses mostly mainland firms and close to half of FEMA funding is for administration and operations,” he said.

Restructuring the debt was only the tip of the iceberg, noted Oversight Board Executive Director Natalie Jaresko after the Plan of Adjustment became effective on March 15.

“Puerto Rico needs to improve financial management, ensuring financial transparency and accountability, to produce long-term growth and stability,” Jaresko said then. “Puerto Rico should never fall back to the financial mismanagement practices of the past. The government will need to redouble its efforts to manage its resources carefully for the benefit of the people of Puerto Rico.”