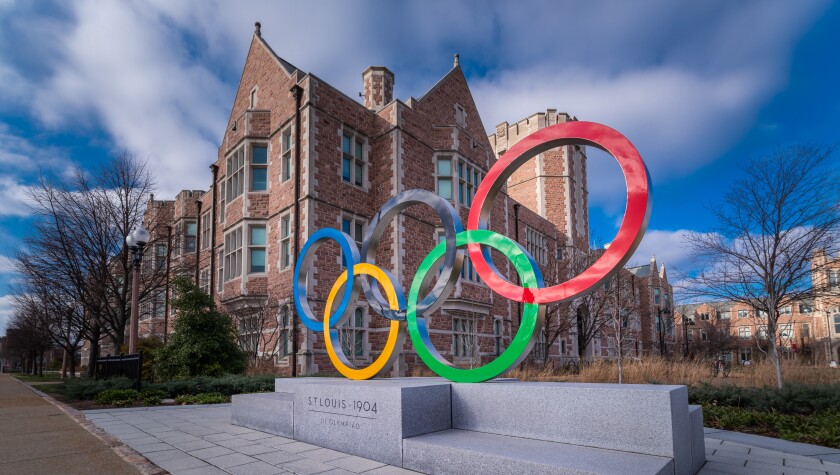 Washington University in St. Louis is eyeing inclusion of a 100-year maturity in its $1 billion taxable revenue bond sale expected to price this week.

“A 100-year bond is being considered” but given the heightened market volatility maturities will ultimately depend on rates and buy-side interest, a market participant said.

Ahead of the deal, Moody’s Investors Service affirmed the university’s Aa1 rating and S&P Global Ratings affirmed its AA-plus. Both assign a stable outlook. The new deal will add $1 billion to the system’s roughly $2.4 billion of outstanding debt.

The private, not-for-profit university founded in 1853 is borrowing to finance major research, educational and healthcare-related projects that include constructing a neuroscience research facility, an ambulatory cancer center, expanding the BJC Institute of Health at the university’s school of medicine, and adding an arts and science building.

“We assessed WU’s financial profile as very strong, characterized by healthy operating margins, with expectations of continued operating surpluses, and ample available resources for the rating,” said S&P analyst Jessica Goldman. “The stable outlook reflects our expectation that enrollment and student demand metrics will remain stable, operating margins will remain healthy, and the proposed additional debt can be absorbed given the recent material growth in available resources.”

The school benefits from diverse revenue sources with a $4 billion base and $16.7 billion of cash and investments that were bolstered last year by healthy returns of 65%.

The university has an enrollment of 16,000 full-time students across its undergraduate and graduate programs and medical school. Due to the pandemic, it shifted to remote learning in March 2020 and then a hybrid model in the fall of 2020 and spring 2021. Enrollment was down 4.4% in 2020 but rebounded last fall with a 10.4% increase as the school returned to full on-campus learning except for a two-week period in January.

The university highlights its sustainability efforts in an investor presentation outlining how despite more than doubling the size of its two campuses since 1990, it’s reduced energy consumption by 7% and operates 34 “green” buildings with varying degrees of LEED (Leadership in Energy and Environmental Design) certifications.

Despite the pandemic’s strains, WU posted an operating surplus in fiscal 2020 and 2021 as management held spending in check until healthcare volumes and revenues recovered. The school received $51 million of federal aid in 2020 and $10 million in 2021 with plans to use an additional $8 million this year.

In fiscal 2021, gross tuition and student fees, including auxiliary revenue, accounted for 9.9% of total revenue with grants and contracts representing 16.9% of annual revenue, and endowment spending 9.1%. Last October, the school announced it would provide need-blind admissions going forward. “This initiative introduces some uncertainty to discount and tuition revenue, though we believe that the balance sheet position and operations provide cushion,” S&P said. “Currently, the tuition discount is at approximately 41% in fiscal 2021, which we believe is manageable.”

The ratings already factor in the potential use of a 100-year maturity and, if the university goes ahead with that plan, it would join the growing club of highly rated schools using the long-dated structure.

The University of Michigan sold the largest deal to date — a $1.2 billion taxable series — earlier this month. The deal landed at 4.45%, a 210 basis point spread to the 30-year Treasury. The university carries triple-A ratings from Moody’s and S&P.

The University of Minnesota is planning a $500 million century bond issue this spring and Claremont McKenna College sold $300 million earlier this year. Century bonds saw an uptick in 2019 that tapered off with the 2020 onset of the COVID-19 pandemic. But with rates on the rise, some market participants have said more schools with the ratings to draw interest might consider the structure before the interest window closes.